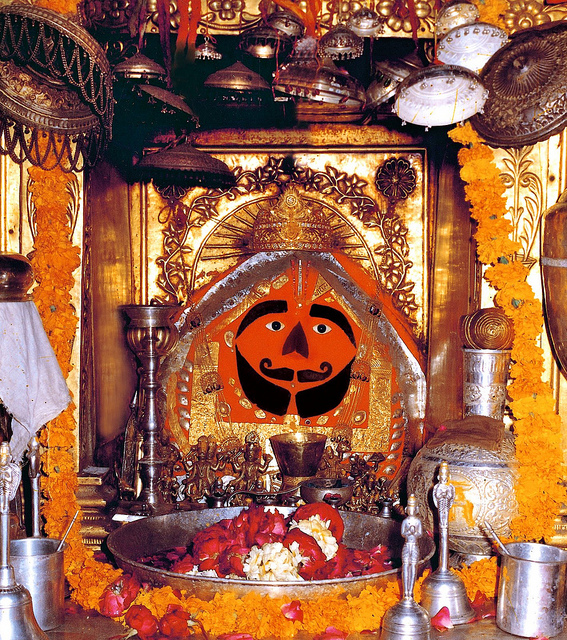 Lord Hanuman is a reincarnation of Lord Shiva and is the greatest devotee of Lord Rama,seventh avatar of the God Vishnu.

Also known asAnjaneya,Vayuputra,Mohair,and Bajrangbali.A vedic scholar with o equal who possesses immeasurable strength and completes feats of supreme valor in the fight for Dharma.Hanuman also is humble,loyal and selfless.

Lord Hanuman is known to have mastered the nine type of devotion and is”Pra Brahm”. Hanuman is adored whole heartedly and worshipped ardently by devotees all over the world. Thus, having many devotees everywhere, there are many peoples of Lord Hanuman.

Among many, in no particular order, here I will mention 10 Temples of Lord Hanuman that one must visit.

The person who is suffering from evil spirits (Sankat Wales) gets relief from distress by methods like Arji, Sawamani, and Darkhast. Bhog of Boondi ke Ladoo offering to Shri Balaji Maharaj, Rice and Urad pulse to Bhairav Baba (Kotval Kaptan, head of army and Shri Pretraj Sarkar, king of evil spirits).

Saturday and Tuesday are the busiest days in the temple because both these days are the days of Hanumanji. Some other temples near Balaji temple are Anjani Mata temple, Kali Mata at Teen Pahaad, Panchmukhi Hanumanji, Ganeshji temple at Saat Pahaad, Samadhi Wale Baba (the first mahant), are some important temples in Mehandipur Balaji

To be continued next week…